Find plans in your area.

You are now leaving our site.

Dementia is a general term used to describe a set of symptoms that interfere with daily life and activities. These symptoms may include memory loss and problems with thinking and reasoning. There are different types of dementia that can affect different areas of the brain. In general, dementia involves damage to brain cells, and the symptoms result when these cells are unable to communicate with one another and the brain cannot function normally. Depending on the type of dementia, there may be different causes for this damage to the brain.

There are many conditions and diseases that can cause dementia; however, Alzheimer’s disease is the most common cause. It accounts for 60-80% of dementia cases.Vascular disease is the second most common cause of dementia, and is attributed to an impaired supply of blood to the brain. Vascular dementia occurs in approximately 20-30% of all cases. Other common types of dementia include dementia with Lewy bodies, Frontotemporal dementia, Parkinson’s Disease, and Creutzfeldt-Jakob disease. There are many other conditions that may cause a loved one to have symptoms of dementia, such as reactions to medications, thyroid hormone changes, depression and different types of infections. Because these particular conditions are treatable, it is imperative to have a loved one evaluated if you are concerned about changes in their memory.

What is Alzheimer’s Disease?

Alzheimer’s disease is a progressive brain disorder that affects the parts of the brain involved in memory, judgment, problem solving, language, and behavior. Plaques may form within the brain and multiply, eventually blocking communication among nerve cells and causing them to die off. As the disease progresses, the person eventually loses the ability to care for himself/herself and will not be able to complete simple tasks such as bathing, dressing, and eating. The specific cause of Alzheimer’s disease is unknown. Scientists believe that Alzheimer's results from a combination of factors such as advancing age, lifestyle, genetics, and environmental factors. Although Alzheimer’s is not a part of the normal aging process, increasing age has been found to be the greatest risk factor.

An estimated 5.4 million Americans have Alzheimer’s disease, with close to two-thirds of this population (3.2 million) being women.  Alzheimer’s disease is the most common cause of dementia among older people and it accounts for 60 to 80 percent of all dementia cases. According to clinical literature, many people with Alzheimer’s are unaware of their diagnosis - less than half (45%) of people with Alzheimer’s or their caregivers report being told of their diagnosis. Additionally, only about half of all people living with Alzheimer’s disease have been diagnosed.  Therefore, it is important to have a conversation with your primary care physician regularly, in order to understand the cause, prognosis, and long term planning that may be needed. A care manager is also a great resource for education and support

What is the Treatment for Alzheimer’s Disease?

Currently there is no cure for Alzheimer’s, but treatment may slow its progression and help manage symptoms in some people. Medications closely monitored by a doctor and or a specialist (like a neurologist or geriatric psychiatrist) may help with memory loss and behavioral changes. Healthy eating, physical activity, mental exercise, and participation in social activities have also been found to help.

For more information about diagnosis, treatment, caring for someone with dementia, or any other questions related to memory loss, call the Alzheimer’s Association 24/7 Helpline at 800-272-3900.

Do you have questions about memory loss or need help caring for yourself or a family member with Alzheimer’s disease or a related dementia? We can help. 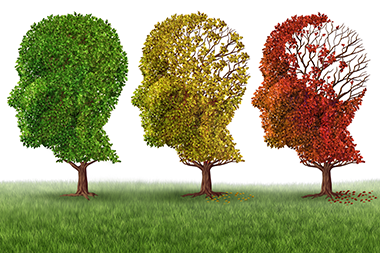 Understanding the Stages of Alzheimer's

Typically, Alzheimer’s disease progresses gradually in three general stages; early, middle, and late, where symptoms worsen over time. As the disease progresses, the specific symptoms a loved one may experience will vary. Learn more in this article. 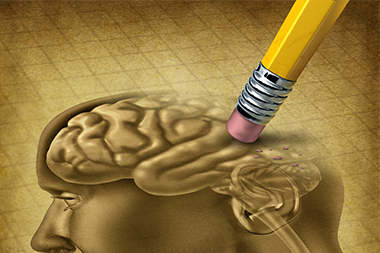 Dementia is the general term that describes symptoms most commonly associated with Alzheimer’s disease, such as memory loss, and problems with thinking and reasoning that interfere with daily life and activities.